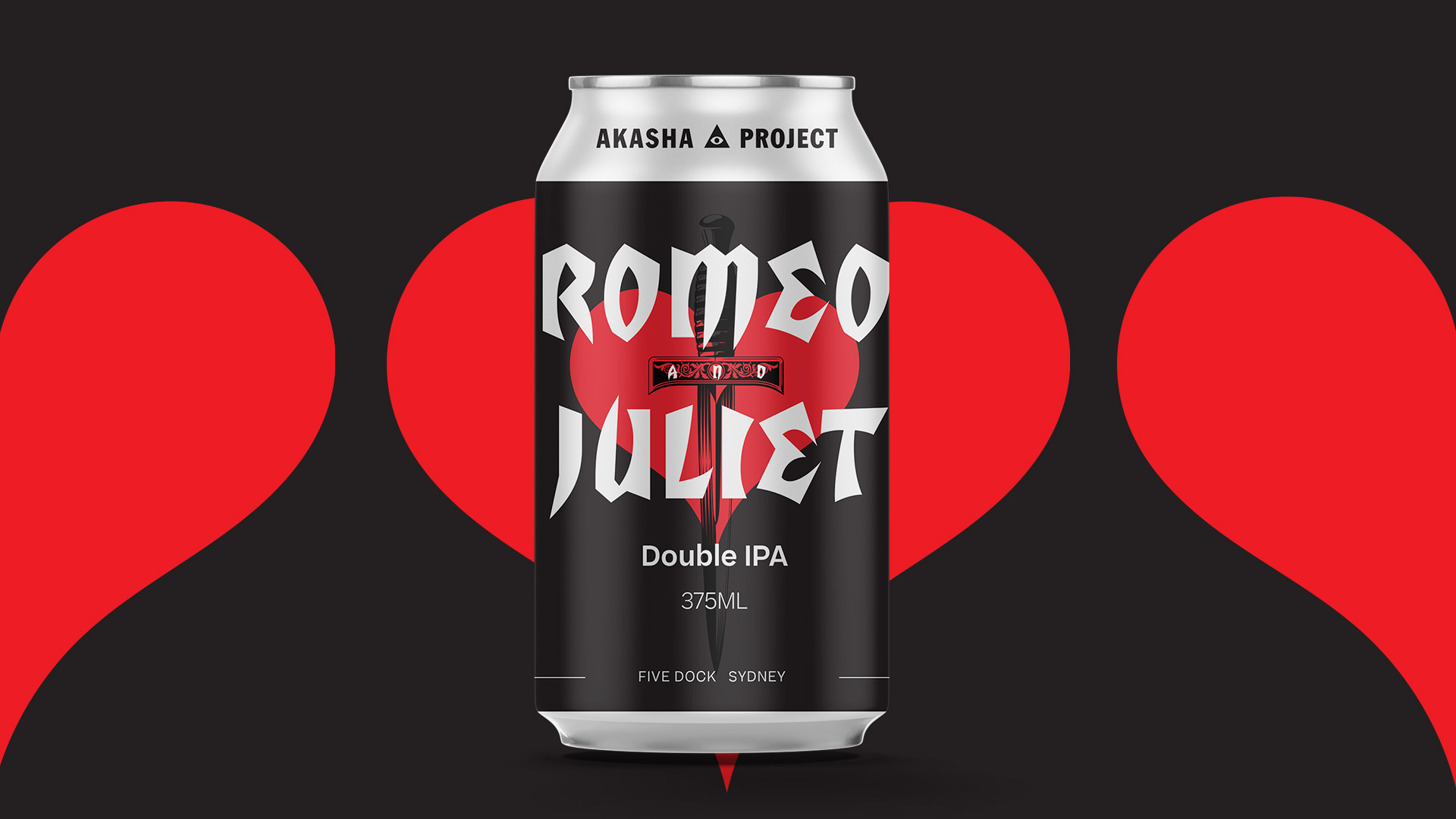 Among the many things that Shakespeare was good at was 1) drinking ale, 2) re-inventing the English language and 3) remounting hit plays. As such, in the spirit of the inescapable Bard, we’re bringing back our blockbusting study in opposites, the Romeo + Juliet IIPA!

As the doyens of craft beer at Crafty Pint described it on its initial release, “Akasha, reaching the very height of audacity, have endeavoured to bring West and East together in holy matrimony.” Audacious? Perhaps. Accurate? Indubitably.

Indeed, Romeo + Juliet is a marriage of two distinct IPA styles, the classic West Coast IPA that’s so near and dear to our hearts, and its equally popular East Coast counterpart. And a cracking tale it is, too; an ode, to two of the world’s great beer styles, a sonnet of sumptuousness.

But don’t take it from us; take it from Shakespeare himself, who in a recently discovered draft Folio retrieved from a library of rare papers from a Five Dock estate, foresaw this Akasha Project. In it, he describes this great brew-nion, in words that will outlive us all:

Two ale styles, both alike in awesomeness,
From fair Akasha where we brew our beer,
From ancient grudge break to new unity,
Where hoppy styles give hoppy tastes new cheer.
From forth the radiant notes of these two brews
A pair of coastal legends take new life;
Who in their adventurous flavour throes
Do with their union rise and soar in flight.
The brilliant passage of their tasty love,
And th’ inventiveness of brewer’s art
Which in the end of things our fans must prove,
Is now the latest Project of our age;
To which, if you with thirsty tongue attend,
Will taste of bliss, our toil once more befriend.

The Cliff Notes version? This is an unashamedly tropical fruit-forward double IPA without lingering residual sweetness or discernible bitterness, its light golden haze and 8% ABV packs flavours that droppeth as the gentle rain from heaven on the tongue, where malt takes a back seat to let the hops sing.

Fruity, flavourful and with a finish as smooth as iambic pentameter, drink it in a cosy bar. Drink it on a balcony as you pine for your love. Drink it as you fire up Baz Lurhmann’s R+J and revel in its trashy timelessness… but dwell not overlong, as stock is in limited supply – buy some for your personal collection here before it recedes once again into the history books!