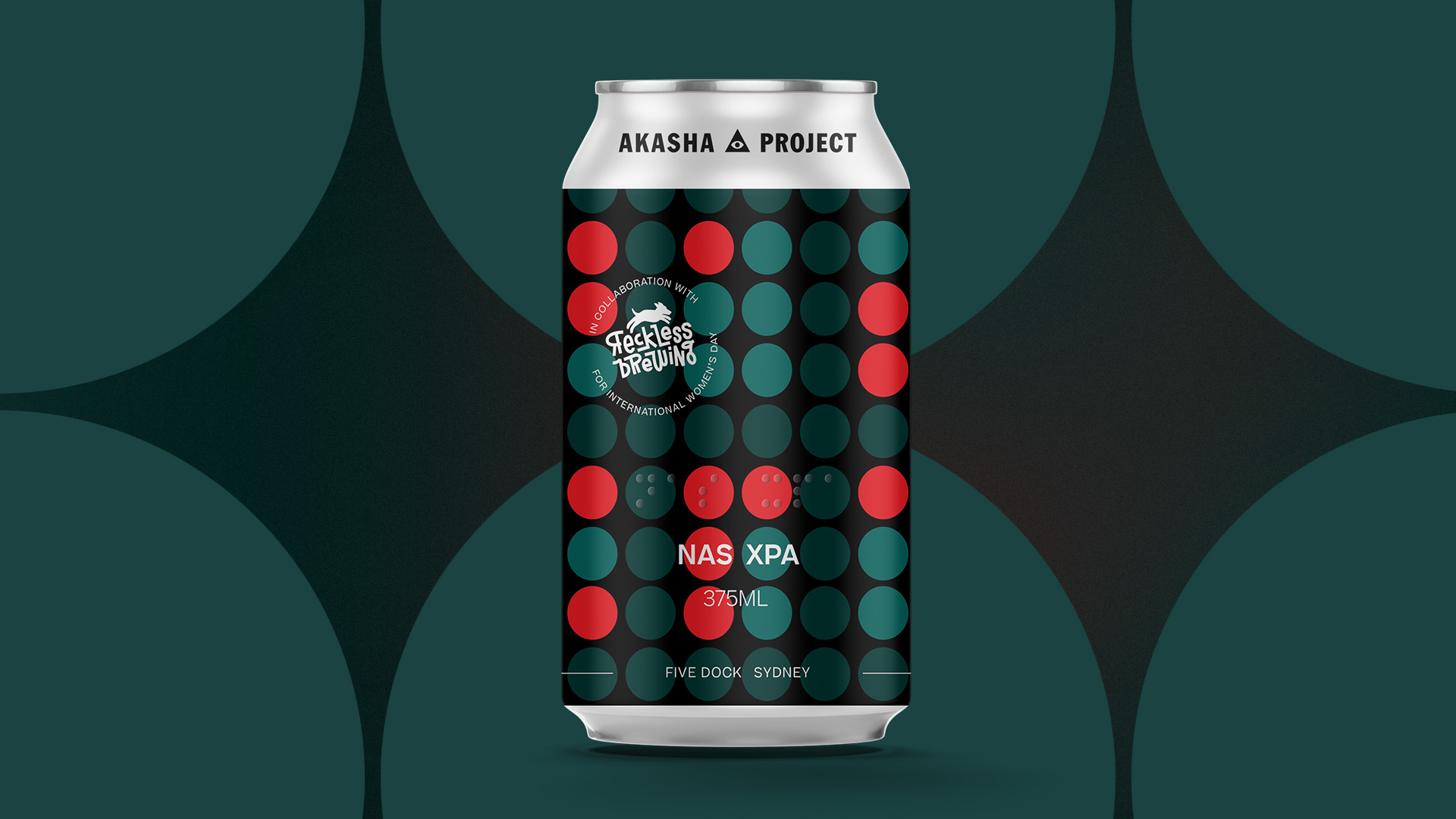 International Women’s Day is back for 2022, and we’re pleased to announce that this year we’ve again teamed up with the mighty Reckless Brewing Co. to do our bit to break the bias experienced by women everywhere.

Joining us for this limited release beer is ABC presenter and Disability Affairs reporter Nas Campanella. Having lost her sight at six months old, Nas became a journalist because of the opportunity it afforded her to “make a difference” – and that’s exactly what the Nas XPA sets out to do.

Besides all profits going to support our elected charity partner, the Leichhardt Women’s Community Health Centre – a non-government, not-for-profit clinic delivering low-cost and affordable medical, allied and complementary health care and education to improve women’s health – Nas XPA takes important steps in making a beer that’s accessible to all – on as many levels as possible.

Through following the latest guidance in design accessibility, our mutual hope is that as many people as possible are able to experience not just the can art, but also the story behind the beer.

As such, the design is simple, stylish and cool with plenty of contrast – inspired in large part by the sartorial splendour of Nas herself. Seriously, it’s like a work of modernist art – a composition of dots spelling out the name of the beer derived from Braille, with the addition of raised Braille elements on the can for maximum legibility.

Because #breakthebias – the theme of this year’s International Women’s Day – has so many applications. As well as helping women on their journeys of self-empowerment and self-determination, it’s an opportunity to help overcome bias in all its forms.

And the beer itself? A wondrous weave of stonefruit and tropical fruit flavours, crafted into an immediately enjoyable, immensely satisfying, incredibly easy-going XPA that tells its own story beautifully. At 4.2% it’s breezy and lovely, brewed from Lupomax Amarillo and Lupomax Ekuanot for super-smashable lupulin flavours atop a malt base that lets the hops do all the talking.

We’re super proud of this one, and deeply appreciative for all Nas’ help. We invite you to join us this year and raise your glasses in support of these great initiatives – Order NAS XPA online now or find your nearest NAS XPA stockist below.