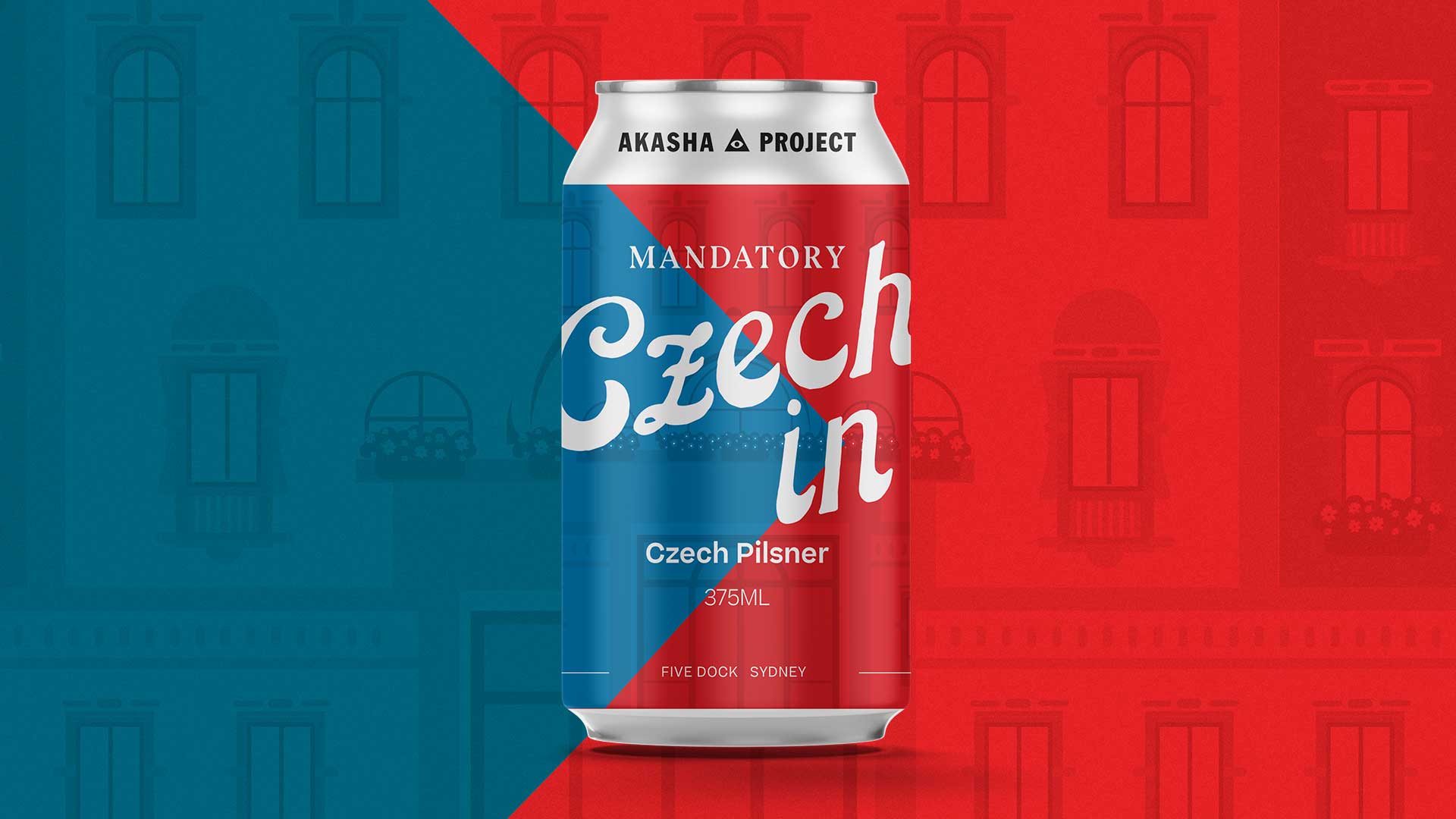 Given our love for all things international in flair and flavour, it was perhaps only a matter of time before we checked the box on one of our favourite beer styles, Czech Pilsner. And because we’re not shy of puns, even in the face of the epic pandemic QR code pandemonium, there was only one possible name for our take on a traditional Pils…

Have your camera app ready to scan this little beauty, the Mandatory Czech In – a dry, clean beer that, while not our usual fare, has been made with the same passion as any IPA we’ve crafted – and certainly with as much skill and care.

Now, Czech Pils is a style that doesn’t get a lot of hype but we’re damned if we know why – it’s the kind of super approachable beer that when done right can absolutely rock your socks off with its medium to rich malt flavour and spicy floral hops complexity. Fermented with a special Czech Pilsner yeast strain, we reckon we’ve made something that’s a must-try.

With just five ingredients at play – Saaz hops, floor malted Pilsner, Gladiator malt, Pilsner yeast and filtered water from Five Dock itself, there’s nowhere to hide with this one so the brewing and fermentation process had to be flawless. We’ve let this one sat in the tank for a good while now to make sure it’s extra-ready for prime time, and oooh boy – is it ever.

Refreshing and flavoursome with the malts and hops holding court in masterful balance, Mandatory Czech In checks in at 5% ABV for a sessionable, social beer that, to paraphrase one of the greatest taglines of all time, is your international passport to drinking pleasure.

It may just become the new favourite for anyone pining for a bohemian getaway to the hilly climes of Central Europe, as was common last century (i.e. pre-2020). Na zdravi!