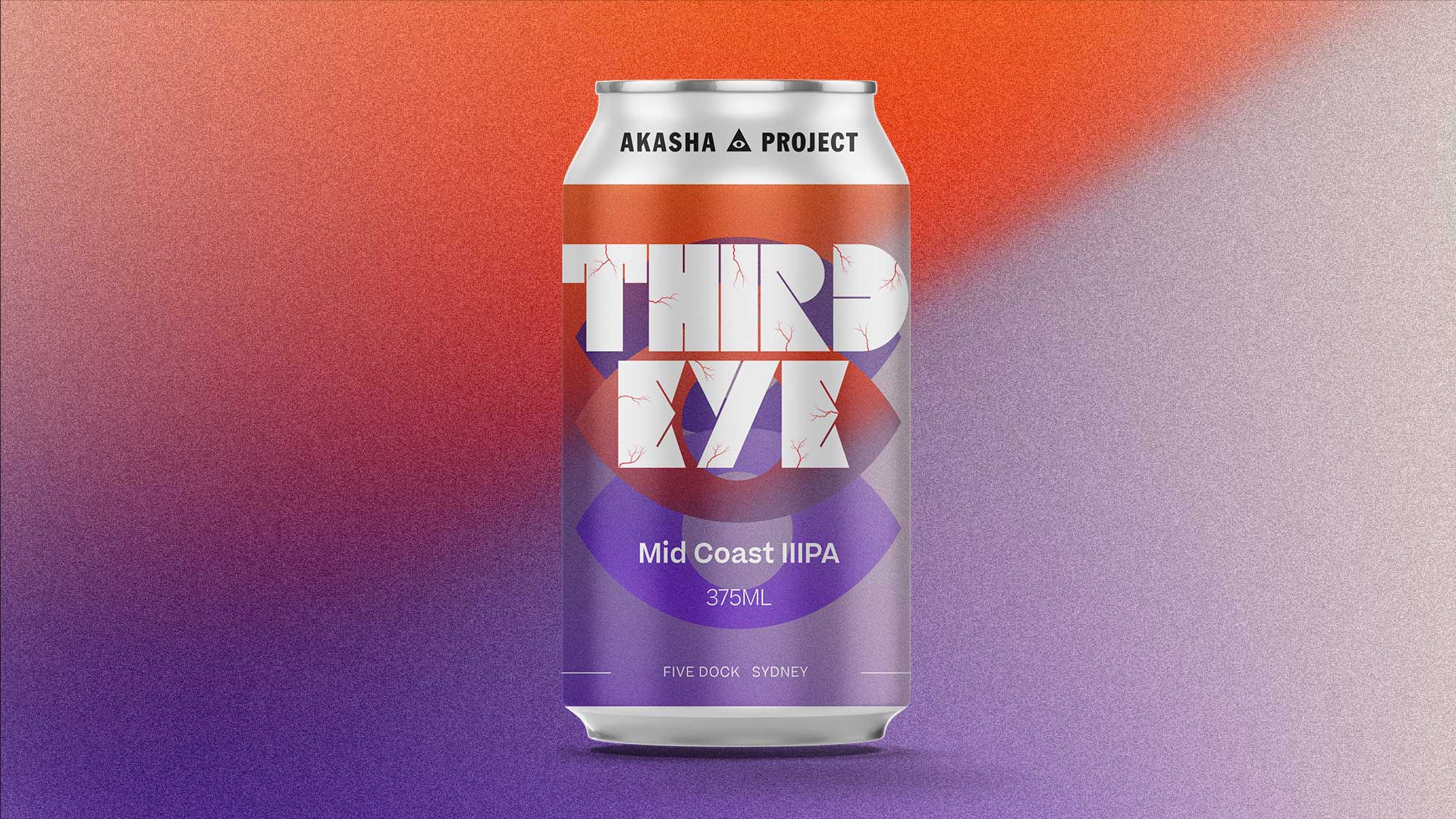 The subject of entire tomes of esoteric literature over countless centuries, the notion of the Third Eye as the seat of our consciousness or as a window into the true vision of the nature of all is a persistent one, and is defined as follows by the Collins English Dictionary:

Ok, ok. So maybe Collins didn’t include that second definition – but perhaps they should. Because Third Eye is here, and it’s all set to blow the cobwebs out of brain-pans up and down the country.

Pouring straw-coloured in the glass and bursting forth with powerful tropical aromas thanks to the chemical wedding of the ultra-flavourful Bru-1 hop – known as the pineapple hop – with the lemony lime and melon airs of Cashmere, this triple IPA is purpose-brewed for peak experiences.

You know that meme from the Tim and Eric Awesome Show where a bespectacled guy in a black skivvy is enacting the enormity of the Big Bang against a background of exploding stars? This is that, in a can.

Offering a huge a-bangabang of hops up front with a nice, dry finish, at 9.6% ABV Third Eye is one to meditate on rather than smash, if you can resist the temptation to do so. Slightly hazy with fruit salad characters and a light, beautifully balanced bitterness, go too hard on this one and you’ll probably start seeing through time.

Adepts of the craft will find much to admire in its depth and complexity. Thanks to the artfulness of its brewing, however, those new to the temple of hops will still find it an approachable elixir… so long as they don’t plan on being terribly productive after a session.

Take a seat, crack a can, and go boldly into the Akashic realms with Third Eye.