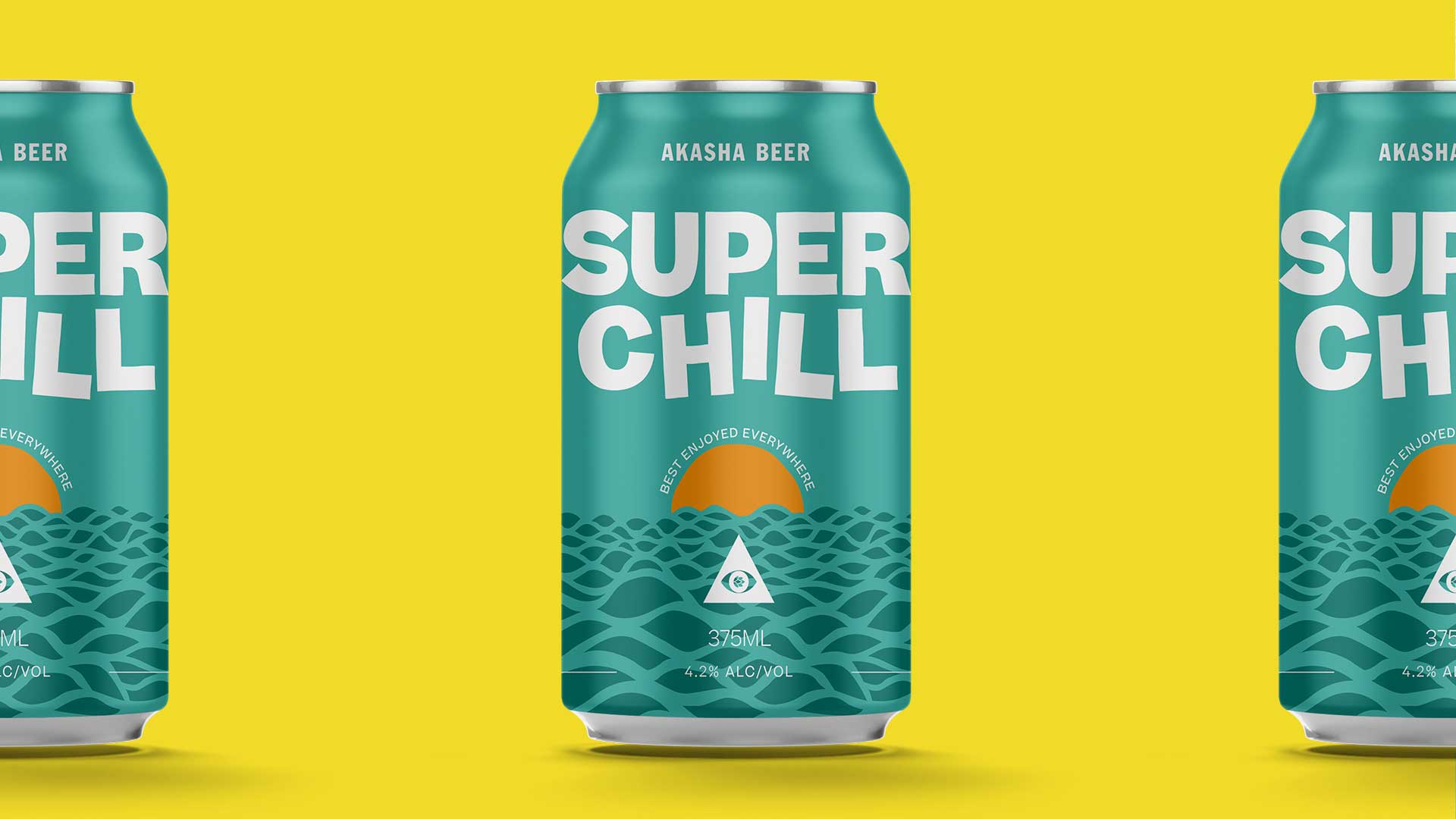 Refresh your sense of just how good a cold one can be with this perfectly balanced, endlessly smashable beer. Crisp, clean and great tasting with a light tropical haze and a dry, satisfying finish, it’s the ultimate session beer for kicking back… or kicking on.

Sometimes, when it comes to beer, you just want your choice to be super easy. You want something refreshing, a not-too-heavy, not-too-light, Kellog’s just-right kind of vibe. Balanced, with full-bodied flavour and a ‘just one more oh snap I’m almost out of beer’ quality.

We hear you. That’s why, now the sun is shining and the spring is springing and the warm haze of summer already sits on the visible horizon, we’re pulling back the veil on one of our most exciting releases yet.

Introducing Super Chill, a new Akasha beer that reinvents casual craft, in an effortlessly enjoyable drop that’s going to be chilling out in eskies and hands and dancing on tongues all across the land this summer.

Brewed on a pale malt base for a perfectly pitched mouthfeel, with a precise bitterness spun from whirlpool hops of Mosaic and Galaxy to impart an inviting aroma and light tropical buzz, this dry hopped little number sits at a compelling 4.2% ABV and positively radiates refreshment in true easy drinking fashion.

It’s a beer for when the sun is shining, for knocking back at barbecues, for kicking the ball around with buds on the beach, for dancing with you in the summer rain; a beer for the post-surf sesh, for good times spent floating in the pool watching the footy or listening to the cricket on the radio: a beer to fill your man-shed fridge with, best enjoyed everywhere.

We’re super proud of this one. Stay frosty and make it a Super Chill summer this year with Akasha.