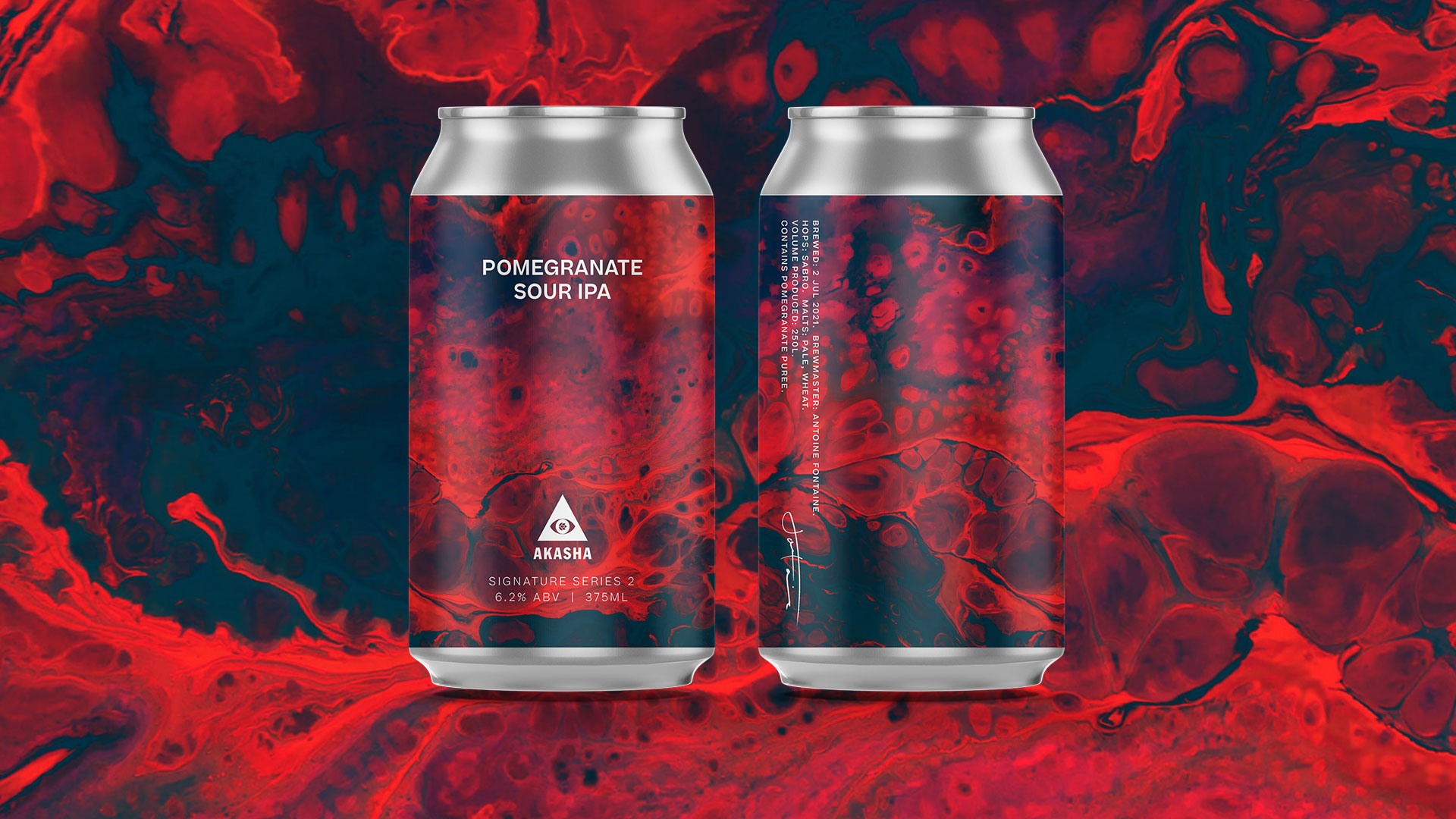 Tell us a bit about how you got your start in brewing.

I was studying biology and food science at uni, and coming from the strong beer culture region of France (right next to Belgium) I fell into the beer world.

Can you recall the first drop you brewed that was a hit, or made you realise that brewing was what you wanted to do?

It was a triple ferment, which is very popular in my area.

What do you find most fascinating about brewing beer?

The evolution of produce through time, and all the parameters you can change to make different recipes.

When did you start brewing with Akasha?

What do you like best about Akasha’s brew culture?

We love working with the best ingredients in order to make the best possible beer. We don’t compromise on this and that’s great.

Pouring with a slightly pink hue, this zippy IPA positively explodes with tangerine, coconut and tropical fruits, with a lean malt backbone lending structure to its signature Sabro and delicate citrussy-sour characters. Moderately bitter for maximal drinkability, this Pomegranate Sour is la bombe.

What inspired you to brew a Pomegranate Sour?

When I went to La Réunion, a French island in the Indian Ocean, I had some local craft beer. They had tropical fruit beers that were fantastic. Even though pomegranates are not tropical fruits they have that island feeling to me, so I thought it would be a banger in a sour. What do you think?

The sweetness and tartness of the pomegranate with its light flavour just go so well in a refreshing sour.

What’s the trickiest aspect of brewing this particular type of beer?

Working with the yeast “Philly sour” that’s used in this beer can be quite finicky. You have to make sure the environment and temperature are perfect for it to work, otherwise it will go on strike. So French…

What is it about this beer that you think people will like the most?

I don’t know – give us your feedback, that’s what matters!

What makes its Akasha incarnation stand out from similar beers?

A hoppy sour is kinda Akasha to the core.

Were there any revelations that came to pass about the brewing process when brewing this beer?

Let time do its work, don’t rush the beer.

Is there a particular kind of beer that you wish it were possible to brew, no matter how outlandish?

I love wheat beers. Australia has got to get it together on that one…

Eager to experience the zippy kiss of Antoine’s Pomegranate Sour? Then beat a path to the Akasha Taproom at your earliest opportunity and get your hands on some while you can – with only 250 litres produced, this ultra-limited release will be gone before you know it…

Available at the Akasha Taproom and Online Store ONLY!