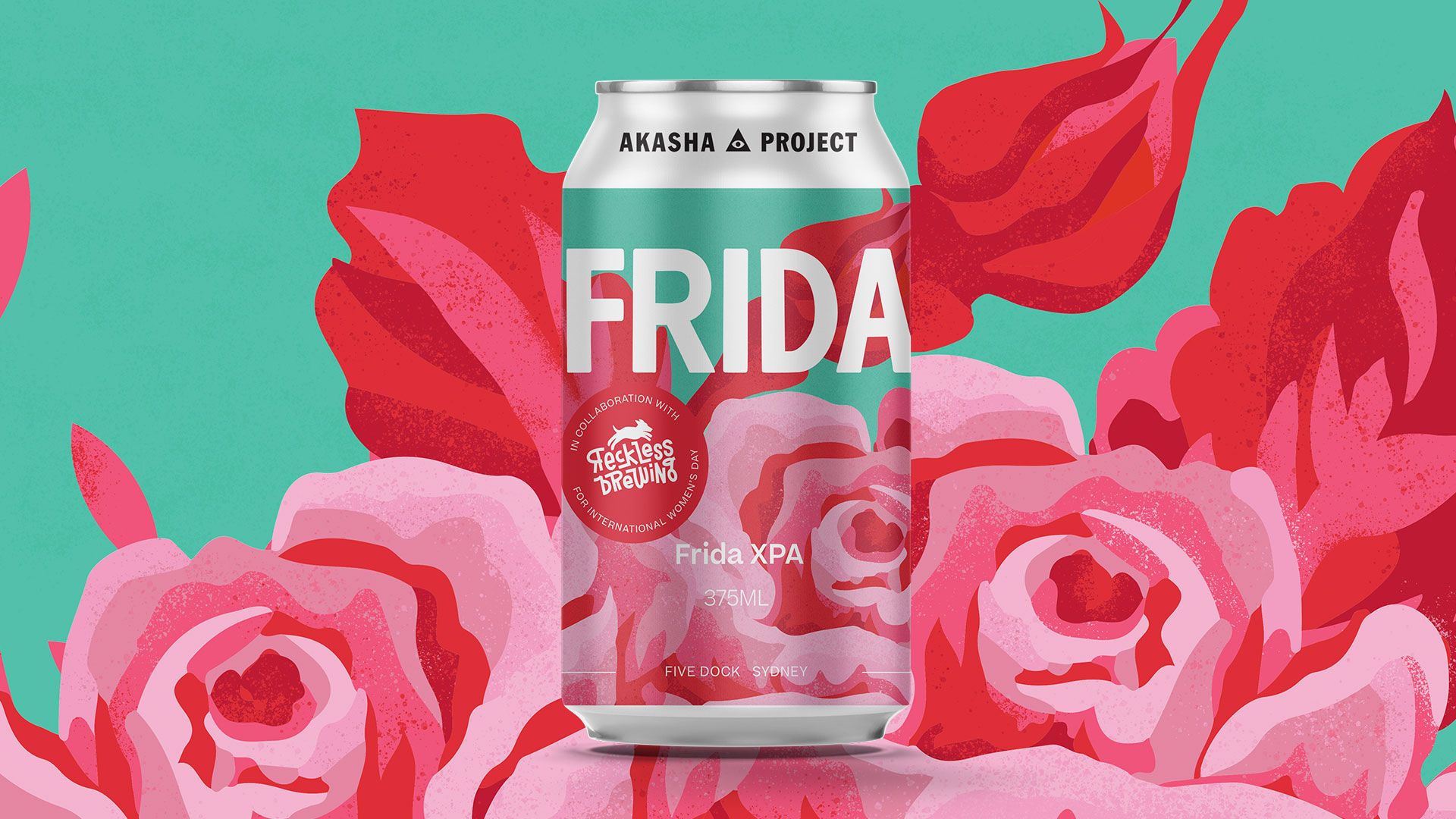 This International Women’s Day, we’re raising our hands with our good friends at Reckless Brewing Co for a limited release XPA that’s all about the power of women, and how together we can #choosetochallenge inequality for a more inclusive world.

For the uninitiated, Reckless is a predominantly women-driven brewery on a mission to produce memorable, refreshing beers for all occasions – and with beers so good, it’s only a matter of time before they’re kicking down the doors of the beer industry’s ol’ boys club.

And Frida definitely lives up to that Reckless promise. Taking its cues from the extraordinary and uncompromising artist Frida Kahlo, this beautiful beer strides across the palate in a sustained show of easy-drinking confidence, colour and character.

“I paint my own reality.”

Of course, Akasha isn’t short on ass-kicking ladies either.

Besides being co-founder and head brewer of Reckless, Grace Fowler does double-duty as Akasha’s marketing manager, sharing a leadership role with our retail manager Katy, all ably supported by our marketing assistant Alex.

Finally, we have Nichole Padden, calling the shots as company Director. As you can see, the divine feminine really does occupy a sacred place in our temple of hops!

That’s why, in honour of International Women’s Day and the launch of Frida, we’ll be having an extra-special event at our Taproom on March 13 – make sure to check our Facebook for the full list of IWD + Frida events, dates and locations of our supporting venues.

It’s been a blast working with Reckless on this, and we can’t wait for you to experience what pure inspiration tastes like.

Proceeds from Frida will be going to the Leichhardt Women’s Community Health Centre, a non-government, not-for-profit clinic delivering low-cost and affordable medical, allied and complementary health care and education to improve women’s health.

So raise your hands with us to show your support and solidarity for half the planet’s population, with Frida XPA and International Women’s Day – available now from Akasha, and from the list of awesome stockists below!