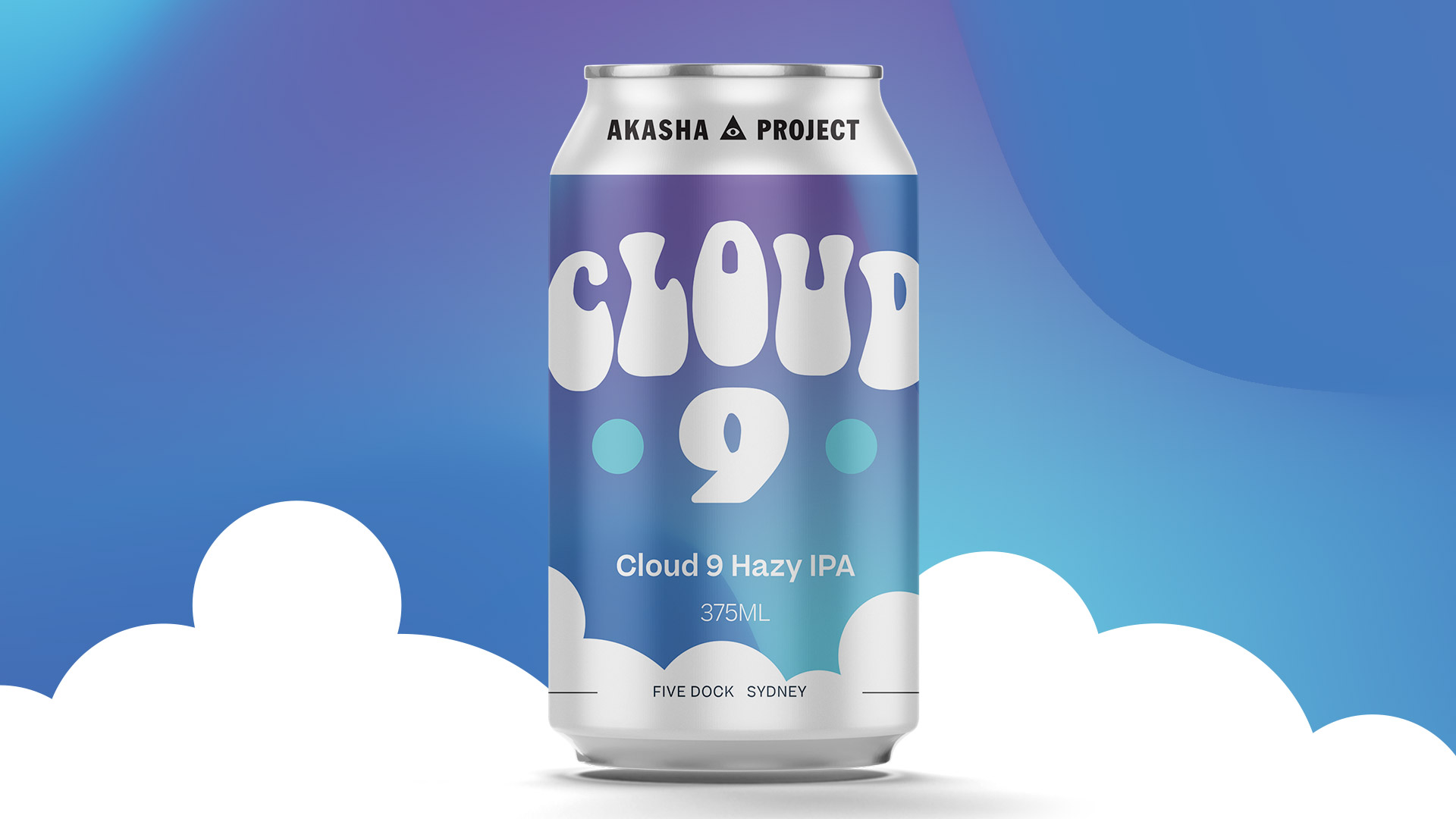 Who said heaven is a place on earth? Whoever it was, likely had a can of Cloud 9 in hand. One of our most popular limited release beers returns once more, just in time for the last of those summer rays, to elevate your tastebuds in signature Akasha style.

Like sunburst through a cumulonimbus, the Cloud 9 lights up the palate with vibrant and inviting passionfruit, peach and citrus god-rays, before laying down a lush, pillowy finish in a hazy beer that’ll take your tastebuds to… well, you know where!

If you’ve had the pleasure of Cloud 9 before, you’ll know what to expect. Happy times. Hoppy flavours. Hazy goodness. If you’re new to the brew, prepare yourself for a huge, juicy mouth hit of passionfruit, peach and citrus with ephemeral bitterness, and a beautifully soft, enveloping finish that’ll have you hanging for another drop of its sweet, delicious dewiness.

Saturated with Mosaic, Galaxy and Citra hops in a condensation of exquisite flavour, if ever you dreamt you could float in those pillowy vistas above, here’s your passport to the sky kingdom. Brewed with care and love – as ever – at 6.2% it billows playfully in the mouth without ever being boozy, and is a simply joyous treat for lovers of great beer.

In fact, it proved so popular in its most recent incarnation that – despite being available only in small quantities for a very limited time – it landed at #139 in GABS list of the hottest beers of 2020! As such, we’ve brewed up a little more than last time, to ensure everyone who wants their fill of this ephemeral little number can get their mouth around it.