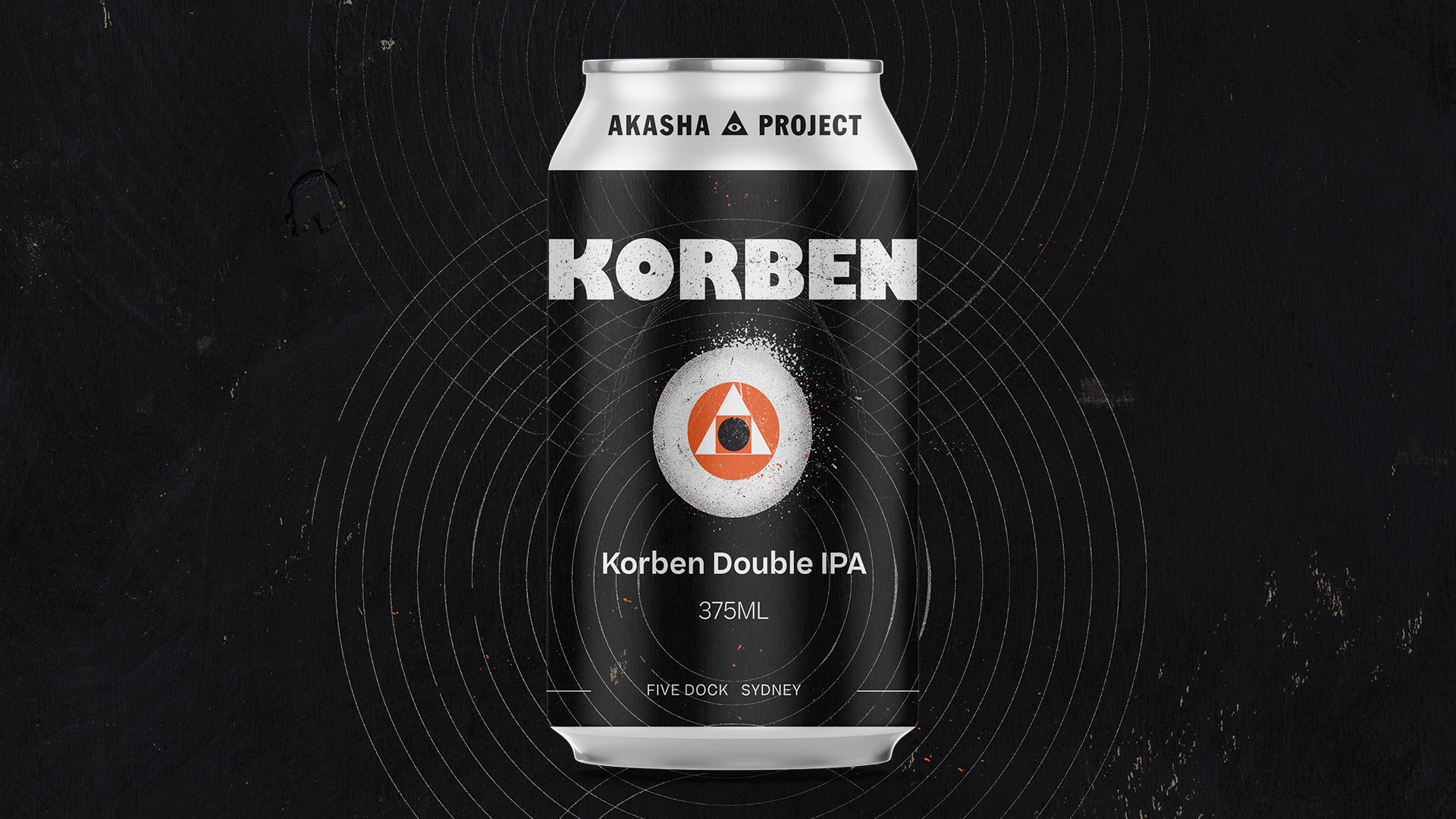 Brace yourself, beer lovers – an Akasha flagship has returned once more from the starry heavens to bring rapture to the people of Earth. That’s right, the Korben is back!

An immaculate conception of hop chemistry and creative brewing, there’s no other beer quite like this divine beast. Originally inspired by our love of Luc Besson’s timeless SF classic The Fifth Element, with its taxi skyways and shootouts and Jean Paul Gautier flair (and, of course, the beauty and the beast pairing of Milla and Bruce) the Korben is an equally influential creation… and, you could say, our signature beer.

Holding the quintessential secret of Akasha at its centre – the alchemical ether, the fifth element unifying the various facets of craft, chemistry, physics and flavour – the Korben occupies a very special place in our pantheon of beers, and is the big G of our West Coast-influenced IPA range.

A veritable stellar nursery of Simcoe, Centennial and Mosaic hops, its huge flavour profile, exquisite balance and superbly bitter finish has seen it become one of the top-rated Independent Double IPAs in Australia. Devotees hunt it down with a fervour, steadfast seekers pursuing the blessings of some Lovecraftian Elder God, lest they miss out on the ecstasies it bestows in the brief window of its incarnation.

The Korben has become, in truth, the stuff of legend. It is as though Dave parted the waters, looked upon what he had wrought, and said “behold, it is good.” Crafted from superior ingredients and brewed with almost reverential observance, it has become a multi-award-winning beer for the ages, able to be enjoyed and savoured anywhere by anyone… whatever quadrant of space you happen to find yourself in.

The secret to its staying power? Restraint. Despite repeated entreaties to have it become one of our core range, we handle the Korben with care, brewing it only two or three times a year to ensure it always goes out into the world super-fresh before it is re-brewed and released again. It’s literally a fountain of youth.

Then, the veil is drawn and the skies go dark, till the stars revolve in their stations and the phoenix of flavour rises again at the appointed hour, animating the four elements once more… leaving the palate longing for yet another close encounter of the hop kind, the likes of which only Korben can deliver.