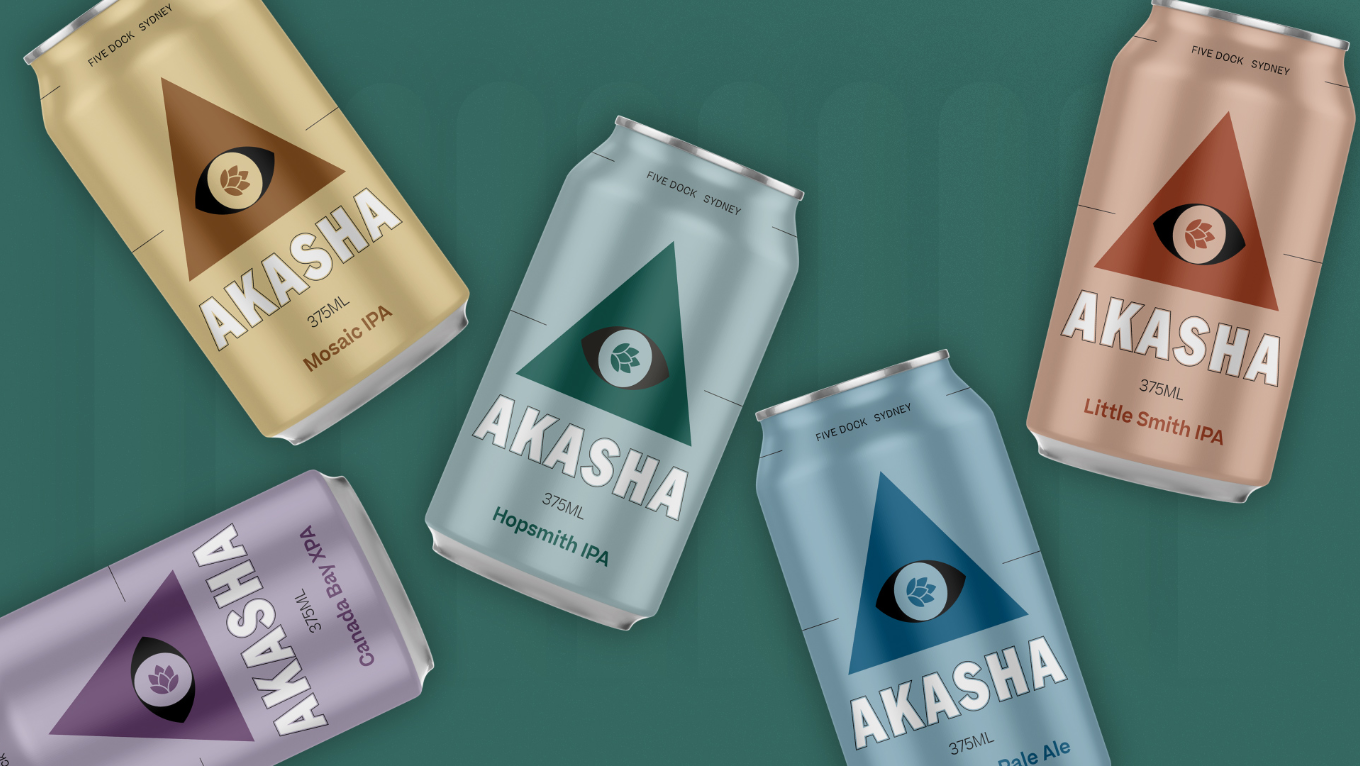 Akasha has always been a journey of the soul. After all, great beer is our everything. But we’re brewers, not designers. As we grew, it became clear that our ‘look’ was no longer a good fit for the kind of premium, hop-driven beer we felt we were making.

The tastes and sensibilities of the beer-loving public have evolved, to become more sophisticated, more discerning. People aren’t simply after a cold, refreshing beer. They’re looking for something they can be a part of, and that sets them apart.

Which brings us to our new incarnation.

Akasha has always been about the ‘fifth element’, that secret juju that binds all the other elements in harmony to tell one glorious story. Now, with our new logo and branding, we’re inviting people right inside the temple of Hop, to celebrate at the altars of flavour.

Our new incarnation started to take shape earlier this year, with the help of designer Vincent Casey, and brand strategist and copywriter Brendan McCallum.

“Akasha always had an esoteric flair to it,” says Brendan. “We saw there was immense potential in sharpening that aspect of their identity to a point for them.”

“As the craft beer market has become more crowded, it’s become noisier too,” says Vincent. “Akasha now has a point of difference on the shelves with clean, cohesive and consistent visual storytelling working together across the range to draw attention to its great beer.”

This new brandmark puts the distinctive hops flavour-flower right in the centre of all things with an evocative logo designed to penetrate the consciousness immediately, and represent the unifying element of Akasha’s craft. The look and feel of our core range has been stripped back, with each now identified by a signature colour in a cohesive, compelling fashion.

Akasha’s seasonal range, those limited release beers where we explore our art at its most exciting, will now be known as Akasha Project – a celebration of the different, the unexpected, the alluring – with each beer allowed to manifest its own unique character.

Our Taproom, too, will see changes, as we work to transform it into a true Mecca for those who seek the best in beer, and a real shrine for the ancient magic of brewing. There’ll be no mistaking our presence on the shelves of your local, across the bar, or on the streets of Five Dock. And when in doubt, we invite you to simply ‘Ask for Akasha’.

Change isn’t easy. But it’s fun. This is the spirit of Akasha. We’re excited for our long-time fellow-travellers to join us in our continued exploration of the craft, and look forward to welcoming a new flock of beer lovers into the fold.

We know that’s a lot of words to talk about a new look for a beer. We just couldn’t help being inspired. Here’s to a new age for all of us.